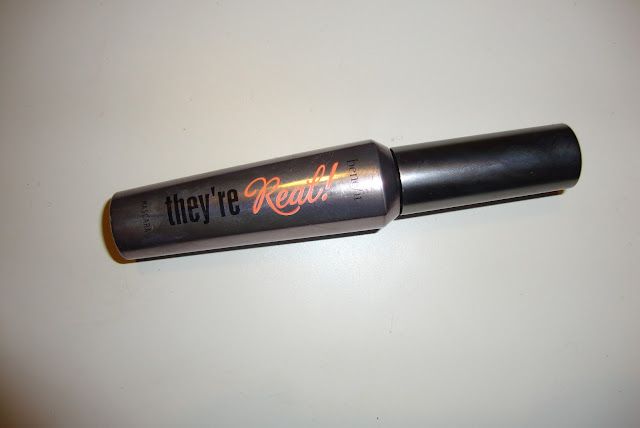 My usual mascara’s are either Lancome or YSL as I find them consistently the best performing.  I fancied a change and there was quite a lot of hype for the new Benefit mascara called They’re Real so picked it up on a  late night trip to Boots.

The mascara claims to lengthen, curl, volumise, lift and separate, be jet black and have a long wearing and smudge free formula.  That’s a lot to claim for once mascara! Things to note: This mascara isn’t water based, so can’t be used if you wear semi permanent eyelash extensions, it is also not waterproof (or doesn’t claim to be) but it’s a b*tch to remove so heck it might be fine for some light crying lol!

Not important to some, very important to me.  This isn’t your bog standard cheapie looking mascara, the black chrome effect finish is smart and classy, not quite on par with YSL but more on the same level as Lancome. 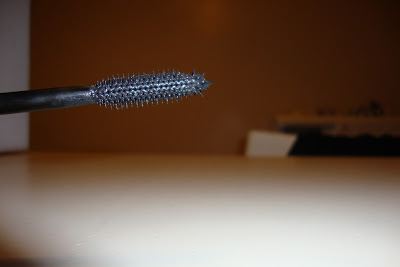 The funky want is a decent length with very thin spikes which really get down to the root of the lash and help you get into the inner and outer corner lashes quite easily, I was impressed and while similar to Covergirl Lashblast this wand is better.You can use the wand horizontally or vertically and it works both ways, I was very impressed by the wand.


Claims
Lengthen – yes slightly
Curl – absolutely
Volumise – yep
Lift and separate – definitely
Jet Black – yes this is so dark, you might think black is just black but this is really smoky dark, it’s amazing
Long wearing – erm yes, how exactly do you get this off?  Not sure!
The second day I just put on another coat as I couldn’t get it off the night before, I woke up looking like I  had perfectly mascara’d lashes, it was just like semi permanent mascara reallySmudge free formula – agreed this does not smudge 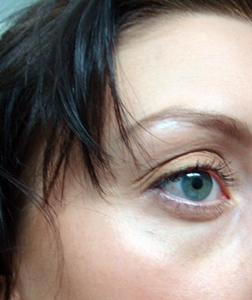 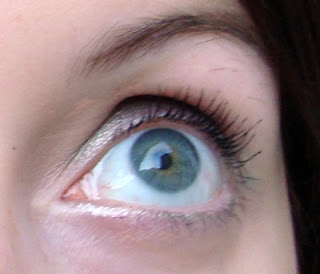 Things I like about this mascara
Its really easy to you and you can see as you are applying it that it lifts and separates and I was shocked how I could see the curl and how it held it all day, I love the blackest black look of it and it is great with dark eyeshadows as sometimes your lashes get lost if the mascara isn’t jet black.  Overall this is one of the best mascara’s I have tried and I am really happy I randomly decided to give it a go.

Possible things you might not like about this mascara
It can go a bit clumpy if you apply more than 3 coats, or if you already have super long and thick lashes I could see this not being that useful, but then if they are already long and thick, why buy this and stick to 2 coats and you’ll be fine.  Also its a right pain in the bum to remove, you can either wear it for a few days and then go to town with some oily makeup remover or just scrub every day, which I can’t really be bothered to do – i’m lazy so I just remove it every 2 days.