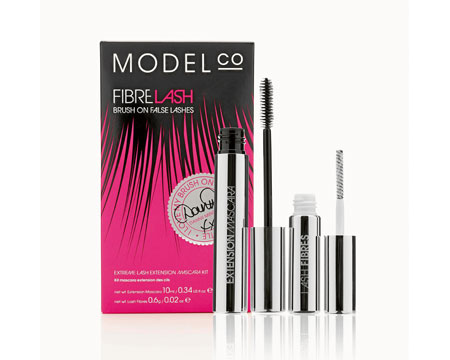 Following on from my post regarding moisturisers, mascara is also something that I test out very often and generally am unimpressed with and don’t bother to blog about as I have reviewed better products in the past that deserve more focus than these. I generally only review products that I think are brilliant, are new releases,  or are so rubbish I think you need to avoid at all costs. If something is just a bit meh I tend to reserve judgement as someone might like it.

ModelCo Fibre Lash is one of those products that comes along and knocks your socks off. The mascara extends and builds your eyelashes to much longer lengths and acts like instant false eyelashes.

The kit is really easy to use and comes in two parts. The first part is the extension mascara which looks like a normal mascara tube. You apply this as you would a normal coat of mascara and then you use the smaller tube’s wand to apply the brush on nylon lash fibres which stick to the mascara that you have just applied. You then apply another coat of the mascara to seal the fibres in place and voila – brush on lashes. You can then repeat the process if you want to for an even more dramatic effect.

You can see from pics on this post lash-control-mascara-review my eyelashes are invisible without mascara.  So while I have had a dramatic result for me if you have longer eyelashes than mine to start with you will have much more dramatic  results. 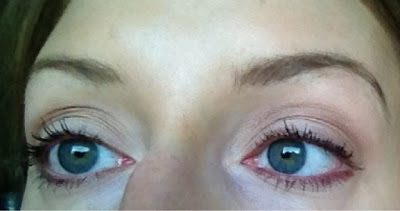 Top tips are to ensure that you cover as many lashes with mascara as possible or the fibres won’t stick, move your brush side to side when applying the mascara over the top of the fibres so they don’t clump together.

The mascara is smudge and tear proof although after a quick shower at the gym I did notice that some clumps simply washed away and they can totally be removed with warm water. The new technology nylon fibers give high impact length and the bee and carnauba wax help keep your lashes soft and nourished.

The mascara costs £35.00 and is available from modelco cosmetics Boots and Boots website plus Debenhams and their website 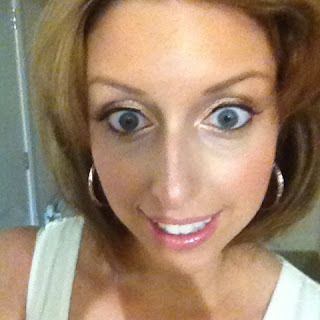 Now £35.00 is a lot for a mascara but you can use the fibres with any mascara to make your lashes longer so you’ll be able to use up any old mascaras that you previously thought were a bit naff rather than throwing them away and after the modelco mascara has run out I am betting that the fibres will last ages so you can again, use them with a different mascara until you need to rebuy the whole box again.


There is a really helpful demonstration video on youtube that I have posted below.  I am sure I have met this lady before as she seems so familiar… must have been at an event – great youtube vid lady!

The look is better, thicker and longer than any other mascara I have tried and also much cheaper than getting lash extensions and infills etc. Also if you are a bit of a makeup ho like me then £35 isn’t much compared to the ridic amounts you spend on it anyway (which is rather embarassing but everyone has a vice)!

I was sent 1 box of this free by their PR and I have already repurchased my second one as I lost the fibres from the first box (aaaah) and after 1 week without them I had a bit of a meltdown and bought a new box as I can’t actually live without them now.

Anyone else love fibre mascara?

You may also enjoy: