Strip were recently announced winner of ‘best waxing salon’ in Harpers Bazaar Hot 100.  You might think ‘who on earth enjoys a wax??’ but I had my very first Hollywood today and not only was it almost pain-free, up until the very last few strips, it was even pretty relaxing!

I have had the bog standard bikini wax loads of times, and a few leg waxes, but I have been left sticky, red, sore and generally pretty unimpressed, so stuck to shaving for legs and underarms and bikini trimmer for the old bikini line.   After a friend’s glowing recommendation of Strip, in particular the berry wax, I decided it was high time to book in for a gstring and leg wax and defuzz for Spring.

I figured I would head along to the salon and review it for others, like me, who are a little nervous of these sorts of things (minnie-flashing to strangers) and to see what products they used and how the therapists were.  I often find that if I am sent on a pr arranged salon visit that the treatment is performed amazingly, but do wonder if that’s what a regular person would get if they booked in.  So I figured that going undercover would provide a better review. 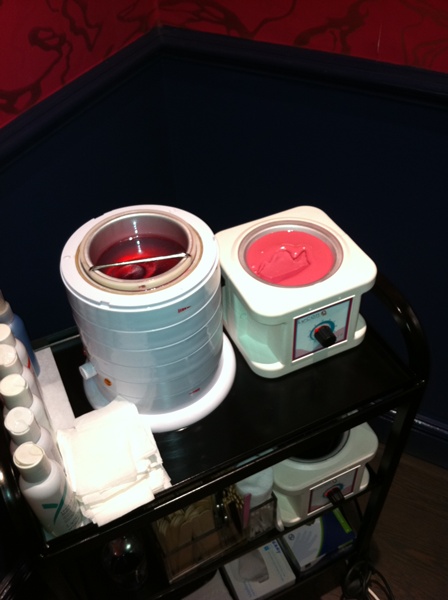 I was put at ease straight away by the lovely Australian therapist at Strip who told me that being nervous was normal but that I would be totally fine, the Berry room was chosen for me and omg the wax smells good enough to eat.  The room is decorated as you can see in the picture at the top, there are also pictures of berries on the walls!  There was a flat screen tv playing episodes of sex and the city so after a while I just started watching that and we had a little bit of chit chat.

The bikini wax was not embarrassing at all and everything was incredibly sanitary.  I was provided with sanitising hand gel and wipes to freshen up my hands and bikini line before the treatment and during the treatment none of the waxing spatulas were double dipped and each one that touched the wax was fresh.  Hot wax is better for use on bikini waxing as it grabs hairs that are slightly shorter, is a lot more comfortable and provides a better result than strip waxing.  The Lycon So Berry wax that was used was fantastic, I definitely recommend it.  The Lycon so berry strip wax was used on my legs and it really looked like molten lipgloss!

I kept looking at my legs as they were being waxed as they were so shimmery and pink haha!  Both my legs and bikini area were waxed extremely quickly and efficiently, so quickly in fact that she suggested that I have a brazilian as she still had half an hour of appointment time left, I though…oh go on then, and ended up having a Hollywood (all off)!!  There was none of that sitting on all fours that I was horrified about having to do.  The positions to get the underneath hair were not at all embarrassing and didn’t involve doing anything that made me feel uncomfortable. 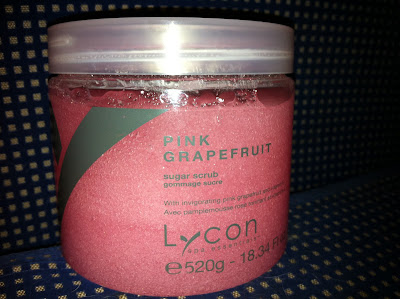 After the wax I thought I had better get a new exfoliator, one that Matt won’t nick (I told him it was only for use if you’d had a hollywood haha so far he hasn’t clocked me lying) I picked up the Lycon Pink Grapefruit sugar scrub as the lady that worked there said it was her favourite and erm. … it’s pink. Dear god I’m easily sold anything lol! Bear in mind as well it was £21 ! Yes that is a lot for a bit of pink sugar, so fingers crossed it does me proud.

Find out your nearest Strip Waxing here www.stripwaxbar.com the absolute best experience of waxing I have ever had.  The one new change venue is so handy if you work anywhere near the Strand or the City of London.

And before you ask NO I DIDN’T VAGAZZLE!