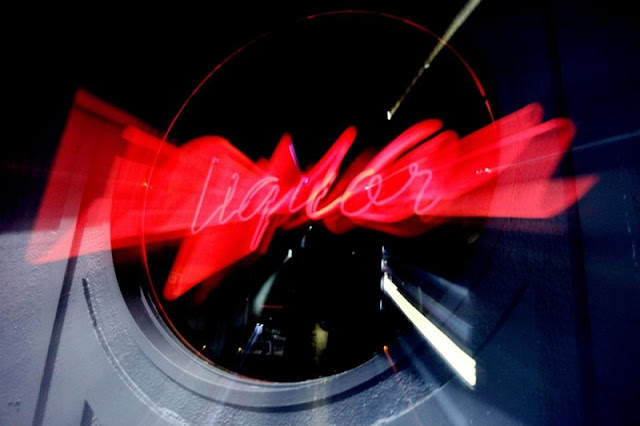 I heard about Meat Liquor from my friend Caoimhe and it sounded like somewhere I would definitely want to go.  Anywhere with meat and alcohol has to be at least fairly good and then a recommendation from Keevs is definitely one to take up.

The location is just on a corner of the block behind Oxford Street so was really easy to find and when we went on a Sunday around middle afternoon there was a fairly short line meaning the wat was about 10 minutes, giving us the perfect time to smell all of the delicious (and seriously meaty) scents of the food cooking inside wafting out.

The menu, as you can imagine, is a lot of meat and plentiful alcohol and cocktails which are all very reasonably priced.  You can see the menu here http://www.meatliquor.com/wp-content/uploads/2012/11/menu_meat.jpg  and we opted for: 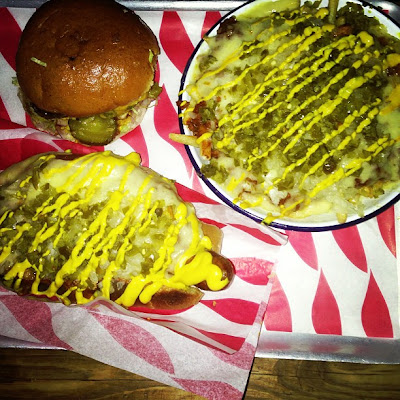 Sharing the fries was a good plan as the portions are American supersize but that does mean that they are even better value for money and you can share easily.  My chili dog was delicious and almost exactly the same as the one with a similar name at Pink’s hot dog stand in Las Vegas clearly making it my joint best hot dog EVER.  The chili cheese fries were good but I probably would just have them the once to try them out.  I didn’t sample the Dead Hippie burger but it definitely looked delicious.

The cocktails have some very interesting names, my ‘tipping the velvet’ turned out to mean something a lot more naughty than I had expected, but you’ll have to google that yourself – wink wink!

For dessert we shared a peanut butter cup sundae more for the fact that we wanted to try it than for hunger, I felt a bit like I had a 7 month old food baby by the end of dinner!  The sundae was definitely worth it though but probably only wise if you love peanut butter.


The place is definitely worth a look if you usually head to a burger joint as a standard, it’s easy to find, not too far off the beaten track and the staff are friendly and quick to serve.  The food is reasonably priced and the drinks are funky and not skimping on the alcohol whilst not being so strong that the flavour is ruined.


Overall I think Meat Liquior is an awesome restaurant to go to and handy that you don’t need a reservation.  It’s a great change from the usual boring chain places and the food is superior and flavoursome.  I would 100% love to go back but this time I won’t be wearing a fake fur coat, and neither should you!  The strength of the meat scent permeated my fur coat and ended up making me reek like Lady Gaga’s meat dress for at least a week which was pretty embarassing!