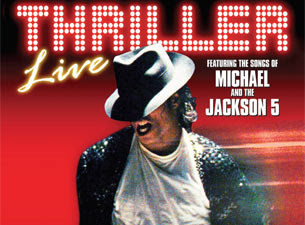 Last week I went to see Thriller Live at the Lyric.  I had a really good time but damn people of Lyric  have you ever heard of a heater? I was colder than a fricking penguin eating an ice pole in there and that was WITH my coat on!!

That being said I really did enjoy myself and the singers did pretty good renditions of all of the Michael Jackson hits I know and a few ones that I didn’t! I wasn’t too sure what to expect as I don’t particularly know that much about Michael Jackson and I wasn’t sure if it would be the story of his life or some sort of made up storyline but it is fairly easy to understand, they start with the songs from the Jackson 5 and work through to his later music as an homage to Michael.

I thought the performers were good as were the dancers, obviously they aren’t going to be perfect as they would in a show like The Lion King because it’s more like watching a concert type performance but there were definitely some talented performers and the choreography was great.  Obviously this isn’t one to go and see if you don’t like Michael Jackson or his music but if you have even just a passing knowledge and enjoyment for it then you will probably have a good time.  One thing I think these type of shows depends on is the audience, when we went some of the audience where we were sitting were a bit boring and I felt a little self conscious to get up and dance and clap if they were still all sitting down, so I urge you to get into the spirit of things and get up and have a boogie if you go!

You can buy tickets here Ticketmaster