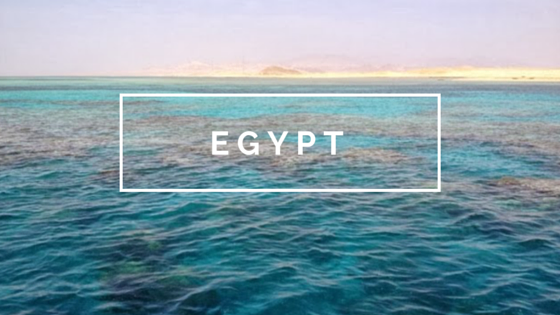 Our stay in Sharm El Sheikh, Egypt was only for 7 days but I think we managed to pack quite a lot into the one week.  We stayed at the Iberotel Il Mercato which isn’t very far from Naama Bay but far enough away to be a bit more relaxed and peaceful.  Our days were spent on a mixture of boat trips, going quad biking, relaxing on sandy beaches, snorkeling  diving and lots of eating and drinking. 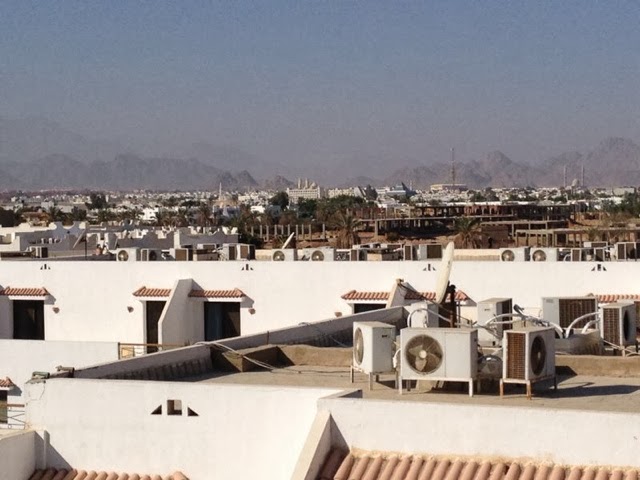 The hotel was certainly impressive and the staff helpful and charming, it had good reviews on Tripadvisor and, while we had a promo room as part of the deal, I quite liked the fact this meant there were a few minutes walk to and from the room and it wasn’t right near reception or overlooking the bar, pool or entertainment areas and so was very very quiet and peaceful which is exactly what we needed as work is always unrelenting and stressful.  Other gems of the hotel were the free wifi, despite being a bit intermittent, the absolutely delicious and massive selection of food and the roof terrace as it had 2 pools, a bar, flat screen TV which showed the football and the entertainment was actually not rubbish at all! Normally in all inclusive hotels the entertainment is so cringey but this was actually either amusing from the animation team or fairly impressive with fire shows or singers. 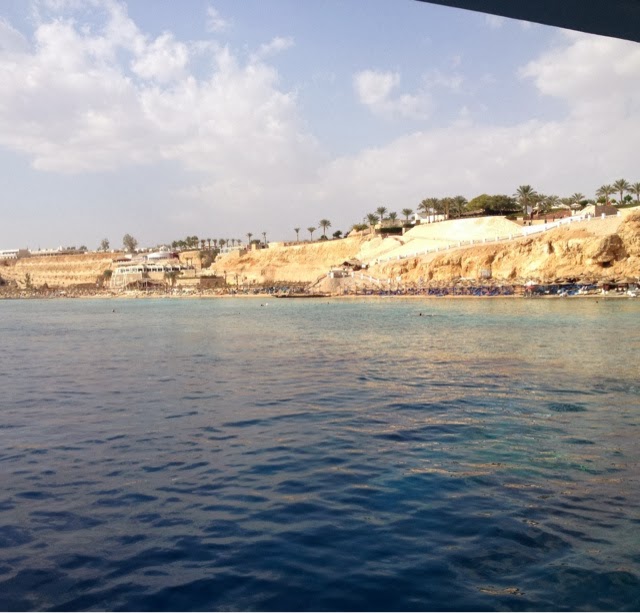 The View From the Boat 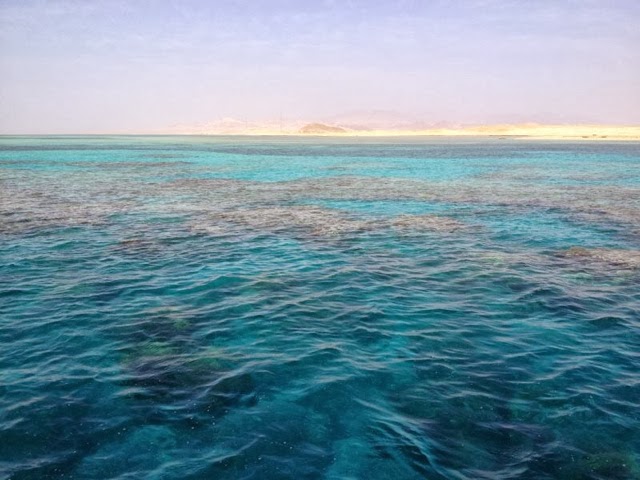 For snorkeling (which I did) I enjoyed the trip to the diving site called Temple the most as the water wasn’t too deep and very clear, there were lots and lots of fish to see and sometimes when I was snorkeling along the reef next to a big drop and could not see anything to one side just reef on one side and dark blue nothingness to the other side I did think….I hope nothing scary is out there – la la la let’s not think about that! This was all booked through Werner Lau diving. 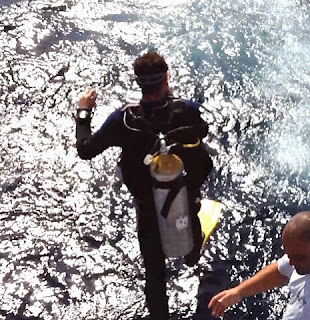 I thought it was good that for divers you can take your other half or friend at a minimal cost and they get to come on the boat all day and snorkel and join in with everything on the boat too, you don’t get a guide and I would love to go on a guided snorkel trip at some point so I can learn how to do it properly and about the different fish but I had a great time and I think it was good I could go at my own pace as it was my first time ever snorkeling and maybe I wouldn’t be able to keep up with a group, I don’t really know.  The Werner Lau instructors seemed very knowledgeable, friendly and generally really nice, we met some ladies who had done around 300 dives and a lot of them were in Sharm so they obviously have a lot of repeat customers. I would definitely recommend buying one of the fish charts at the diving centre, I loved finding the names of the fish I saw, that was the best bit! 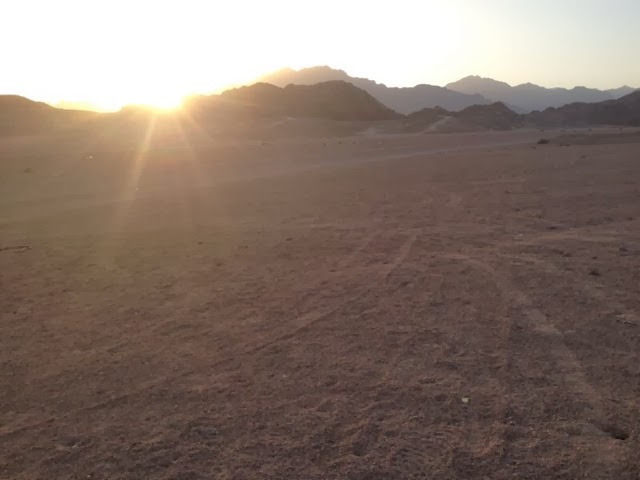 Sunset in the Sinai Desert

For the quad biking trip we were picked up from the hotel and driven to the centre where all of the companies keep their quad bikes, we had a quick lesson and then off we went.  If you have some boob-age then definitely wear a sports bra, I am glad I did! It is very bumpy in places. You drive through the desert and stop a couple of times to take pictures, see Echo Valley and watch the sunset.  You drive to a Bedouin area and have a cup of tea there and then travel back.  The only problem I found was I had been drinking so much water I then needed the loo but there was no loo and my prescription sunglasses were so dark and it was night by then (I wish I had perfect vision as it would have been impossible to take a spare pair of glasses on that bumpy ride I would have lost them).  You can go in the Bedouin area behind a rock etc. but I was too embarrassed to do it in the dark when I couldn’t see, imagine if I wee’d on myself! The shame! We used Jasmine Tours and Alex and his wife who run it do a great job, I thoroughly recommend using them. 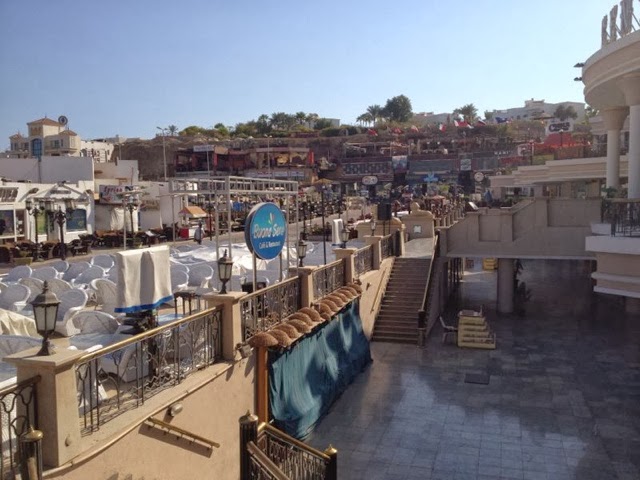 It’s hard to say what made Sharm such a special place as everything was really great, but I definitely enjoyed doing things outside of my comfort zone, If I tell anyone that I went quad biking and snorkeling they seem surprised, which is good!   I feel really pleased with myself that I managed to do some new things and can add those two things to my list of new experiences, sure, like snowboarding I am probably not great at them all but at least I am trying them! Hopefully I will get to go back to Sharm and get to do all of the things we didn’t get time to do this time around.

Now…where to go next? I would love to go to Vietnam or Zanzibar and travel round some of the other Greek islands like Santorini…fingers crossed!