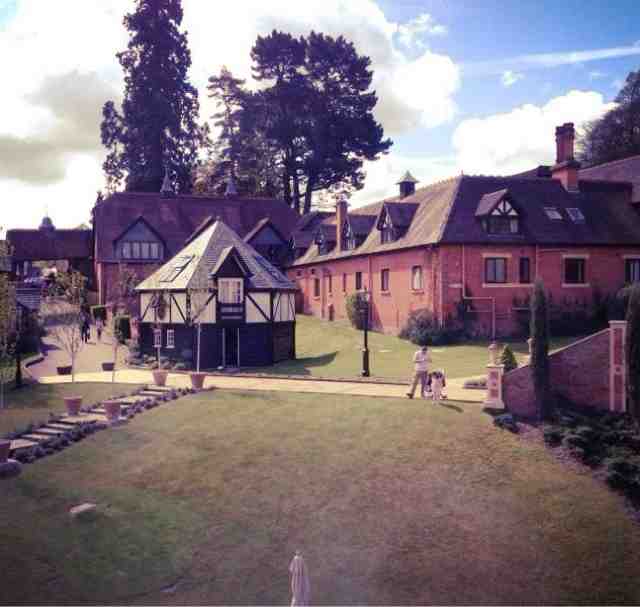 Hidden away in 123 acres of woodland is the stunning Pennyhill Park Hotel, a 19th century Mansion House which is where I spent an amazing weekend recently enjoying the spa and all of the other facilities available and generally having an amazing time. 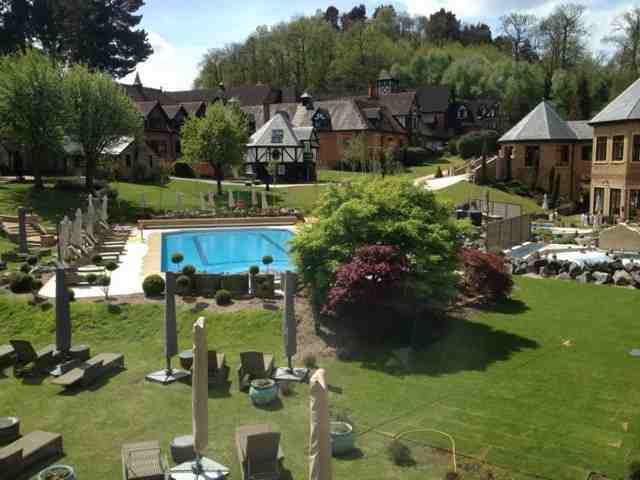 The grounds of the hotel are picture perfect from the driveway to the immaculate lawns around the property. There are terraces, an outdoor heated pool, 9 hole golf course and pretty much anything you could wish for in a country house hotel with an emphasis on luxury. 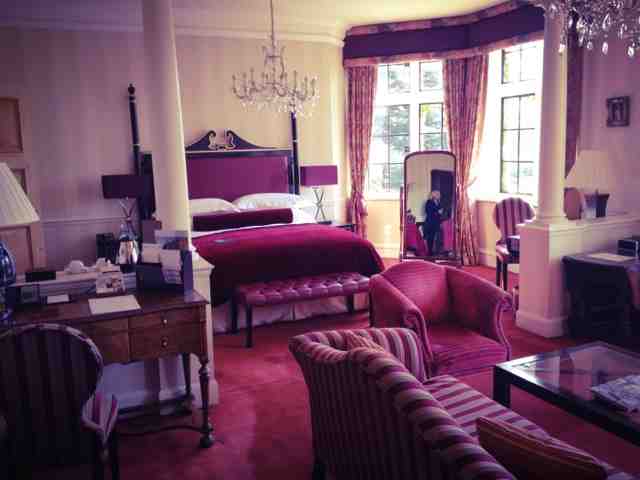 Pennyhill Park is such a versatile and world class 5 star venue that amongst the wedding parties, weekend spa breakers, honeymooners and footballers we were told about the England rugby team staying while training as they often take over part of the hotel, the F1 driver and his girlfriend who has been such a regular that he has a preferred room (the Magnolia suite) and that Cameron and Justin stayed here when they were together and even visited the local chippie! 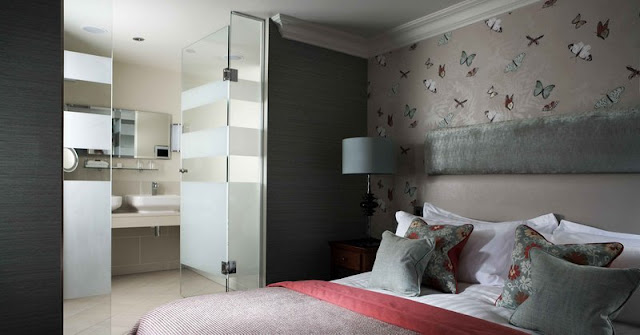 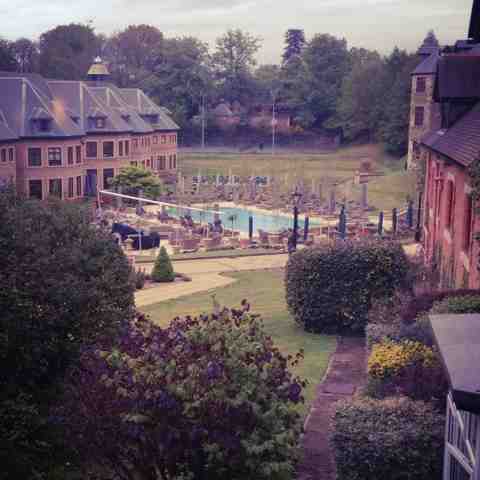 The View from Lupin

The traditional junior suite I stayed in (Lupin),  was gorgeously decorated with pale green wallpaper covered in butterflies, which contrasted with the extremely fancy bathroom/wet room which had a walk in shower, two sinks and a TV in the bath – because what kind of bath doesn’t have a TV?!

Each room is decorated differently however they all share the same quality with crisp white sheets, pillows that are so amazing you wish you could shamelessly steal’ them and a general air of luxury from the tea and coffee box to the proper iron and ironing board stowed away in the cupboard. 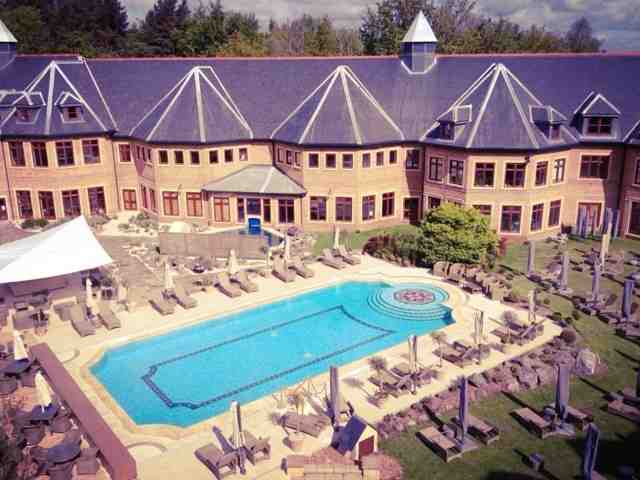 View of The Spa

The spa was built 8 years ago and while it does look very new and lovely I found that the building wasn’t out of keeping with the rest of the hotel at all.  There are a wide selection of treatments available including facials, couples treatments, many types of massage and your standard nail services and the hour long aromatherapy massage I had was hands down the best I had ever had.  It included a proper consultation and a choice of aromatherapy oils (I chose vanilla citrus) as I wanted to feel uplifted after the treatment.

After your treatments you can head down and enjoy one/all of the hotels 8(!!) pools including a jacuzzi, heated outdoor hydrotherapy pool and indoor infinity pool all of which I tried and my favourite was the outdoor heated pool. 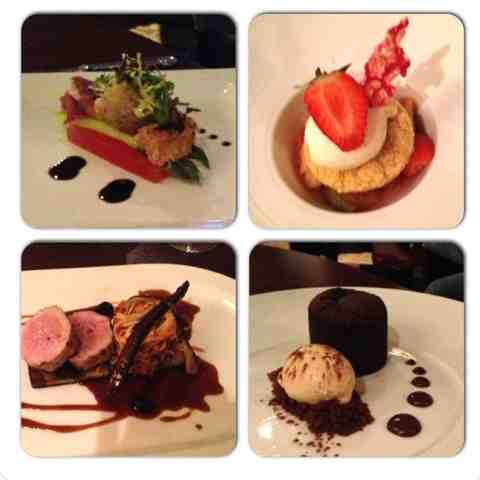 Aside from The Spa and gorgeous rooms the restaurants at the hotel are both a must visit, the Laytmer is the hotels 2 Michelin starred restaurant and the Brasserie served up the most delicious meal which frankly I would have assumed was Michelin Starred itself having eaten at other Michelin restaurants before.  We had a starter of duck which was probably the least favourite part of the meal as the watermelon was slightly distracting, then mains were veal which was cooked to perfection and salmon with lime which I was told was delicious, desserts were rhubarb and strawberry crumble (to die for) and chocolate fondant which looked amazing.  Each meal was the perfect size to be filling without feeling sickly stuffed and as you can see above, the presentation was impeccable.

Both restaurants serve bread freshly baked in the hotel’s own bakery which even includes gluten free options. After the meal we headed to the Ascot Bar for some delicious cocktails and it was pretty lively for a hotel bar mostly due to the live entertainment and tipsy wedding guests who made my night after taking photos, no doubt for Facebook, atop the bronze horse situated in reception!

Overall this is is by far the best hotel I have stayed in so far in the UK and I would definitely go back without hesitation.  The room and spa prices are high but there wasn’t 1 thing I was disappointed about, and how often can you say that about a hotel stay?  I would recommend this for a wedding, a hen do or just to treat your mum or girlfriend if you have the money.

The suite I stayed in costs approximately £345 per night for room only and the massage £90 which, considering a treatment at a local place on my high street is £70 and this was light years ahead I think is a brilliant price.