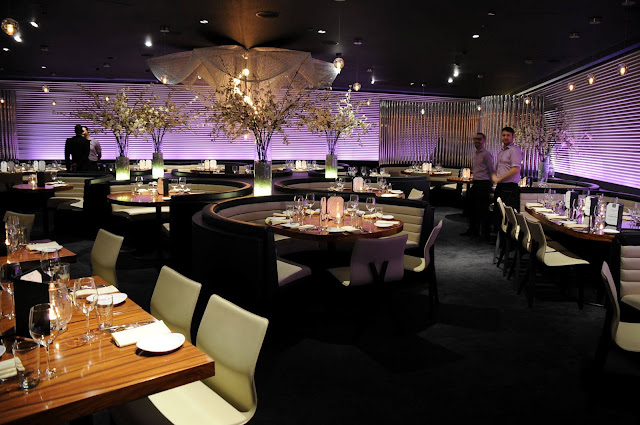 STK is the steak restaurant in the new ME hotel on Aldwych.  Having walked past it endlessly as it’s opposite my gym I booked a table for last Friday night, taking advantage of Bookatable’s £25 for 3 course offer. 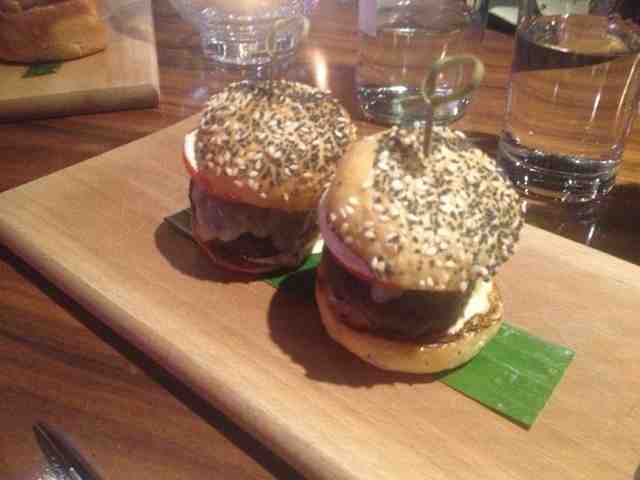 We were greeted and coats taken by a very cheerful tattooed lady who is swiftly replaced by our server Carlos who could easily be Ricky Martin’s slightly camper cousin.  Carlos embarrassingly informs me, when I ask what I need to do regarding our Bookatable reservation, that I was supposed to tell the person at the coat check this when I first came in.  Obviously I am not psychic so I didn’t know that, so thanks Ricky for making me feel like an idiot before I even order.

Correct menu arrives and we then hear the spiel about the restaurant getting busy later on in the night, people dancing on tables while the DJ spins etc. etc.  To be honest I just want a steak love if I want to go clubbing I will go to a nightclub! Carlos then decides to try and go on about the entire menu, sides, explain about the Wagyu beef in the Lil Brgs, at that point I start to lose the will to live, there is attentive service and then there is encroaching on a night out! I started to feel like he was part of the date!

Somehow the £25 per head menu ends up costing £106 with a tip, which I realised afterwards was asked for EVEN THOUGH there is a 12.5% service charge already added! So I ended up giving a 26% tip. Fuming since the service was the most annoying part of the whole night.

The Lil Brgs and the feather steak were delicious but both overpriced, actually everything was totally overpriced including the ridiculous cocktail that was so strong it took and entire hour and a half to drink as I felt like I was drinking paint stripper.  The upsold extras of parmesan chips and spinach were necessary as you can’t just eat a piece of steak on it’s own but we shared a portion of each and we still didn’t finish them all as they were so rich and fatty and just blah.

The desserts of mini ice creams and mini magnums were nice, but to be honest I would have preferred an actual magnum, which costs like £2 and tastes better.

To be honest a few drinks at the bar would have been enough at STK, I could have quite as easily done that and then had burger king and been just as satisfied without spending such a ridiculous amount. 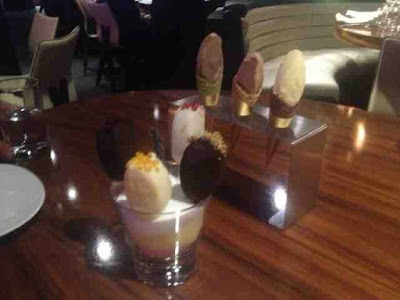 The room itself was gorgeous and felt like we were in Vegas, the bar was poorly designed as there wasn’t enough room for people to pass each other properly without colliding so I spent the night being bashed into until we finally gave up and almost had to crowd surf to get out of there.

If you fancy wasting £100 or so and feeling slightly ripped off then by all means, otherwise I’d just head to Maccy D and go to the ME’s lovely radio rooftop bar instead to enjoy the view which in comparison is where I had one of the best nights out and this is one of the poorest dinners I have had out in quite a long time.

Overall I would avoid and save your pennies!